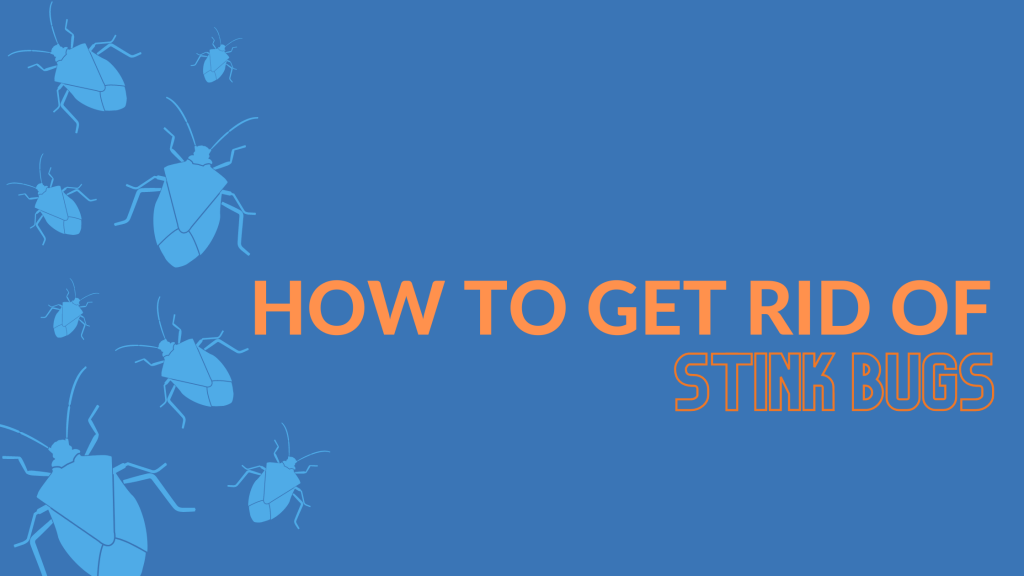 Chances are likely that as the weather warms up, you’ll start to see brown, shield-shaped bugs crawling around your home more. Those smelly pests are stink bugs and while they’re relatively harmless to humans and pets, they’re more than annoying to deal with in the spring.

Stink bugs start to emerge from their hibernative state in the spring to feed and reproduce. If not taken care of immediately, by late July and August, they’re apt to move their way outside of your home and can cause serious damage to your garden and outdoor plants.

Get Rid of Stink Bugs In Your Home

So how do you keep stink bugs at bay? As tempting as it may be, resist the urge to squish them! As their name suggests, these pests release an unpleasant skunky odor when threatened or crushed. The easiest way to remove or relocate these bugs is by simply vacuuming them up and throwing them away or relocating them outside.

If you have a Shop-Vac or a seldom-used old vacuum cleaner that you keep in the garage to clean out your vehicles, opt for either of those instead of your regularly used home vacuum. Once you vacuum up the stink bugs you find, be sure to replace the bag of your vacuum or clean out a bagless vac with water and vinegar to get rid of any smell.

Keeping Stink Bugs Out Of Your Home

Make sure your home is well sealed. Check for cracks around windows, doors, siding, utility pipes, chimneys, etc and fill these gaps with silicone caulk. If your door or window screens are damaged, now is the time to replace them to keep stink bugs out of your home!

Sprinkle food-grade diatomaceous earth (DE) around the inside and outside of your home, being mindful to coat areas that may pose as an entryway into your home for stink bugs (windows/doorways). DE is a natural, abrasive barrier against crawling insects and food grad DE is safe for use around children and pets.

Get Rid Of Stink Bugs In Your Garden

Stink bugs come out to eat in the spring, which is unfortunate news for your garden plants. While stink bugs are harmless to humans directly, they can be incredibly destructive to tree fruits and a wide range of vegetables including tomatoes, peppers, beans, and corn.

Still being bothered by stink bugs or other annoying pests?