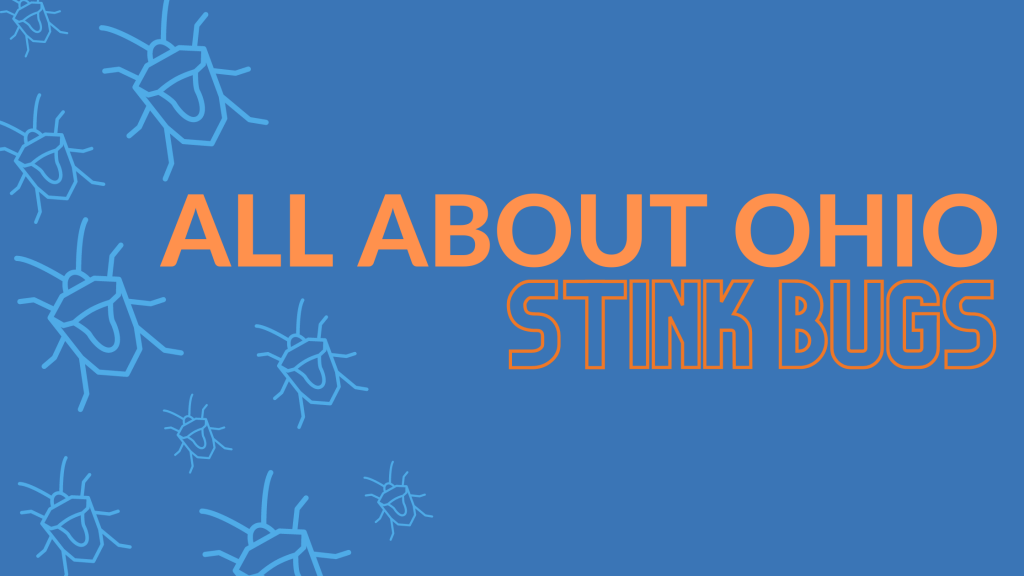 As the weather continues to cool down, you’ll probably start noticing little brown beetle bugs coming into your home. If they stink when you smush them or look something like the insect below, then you’ve likely got stink bugs.

Thankfully, unlike some other pests, Ohio stink bugs don’t do structural damage, nor do they bite or sting. But they’re still pests and can quickly become invasive if not properly taken care of.

Why Do Ohio Stink Bugs Invade In The Fall?

Stink bugs tend to move inside when the weather starts getting colder in the late summer and fall. Their primary goal isn’t to bug you, it’s actually to seek shelter from the rain and cold.

You may notice more stink bugs around lately than in previous years.

Stink bugs are actually an invasive species that only started showing up in America in the late 1990s. One of the first sightings in Ohio dates back to between 2008-2009. After their discovery here, stink bug populations steadily began to rise.

Unfortunately, there aren’t many natural predators against stink bugs in Ohio. Some local insects like katydids and ground beetles eat stink bug eggs, but many birds and animals that control other bug populations usually avoid adult stink bugs because of their terrible smell and taste.

How To Prevent Stink Bugs

Stink bugs usually enter your home through small nooks and crannies around your house. Use weather stripping, caulking, and tape to seal up gaps around foundations, windows, doors, chimneys, and pipes around your home.

What To Do If You Find Stink Bugs In Your Home

One option is to vacuum up the stink bugs. The disadvantage of this method is that it could cause them to release their notorious odor and make your vacuum smell.

Another, less humane, option is to sweep the bed bugs into a bucket and fill the bucket with soapy water to drown the bugs before removing them from your home in the trash.

If you’re worried about having a stink bug infestation because you keep finding bug after bug in your home, the best option is consult a professional exterminator like go2-pros a call!